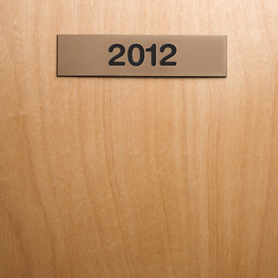 Having been remiss from this particular arena of the cybersphere for a while, all I can say is that I’ve been observing what seems to be a lot of chaos around me and I’ve been trying to sort it all out.

It seems of late, a lot of my friends have begun thinking about 2012. These are not the flaky, tree hugging types. The most practical and down-to-earth among them are feeling “something” is in the air. They watch  Doomsday Specials on the History Channel and call me during the commercials. “Is this true, Clare? What does it mean?” Since I have spent most of my life cavorting in the playgrounds of the fringe, they figure my odd-ball-ity might come in handy given the unusual nature of the times we find ourselves in.

The 2012 story is big (and complicated) that’s for sure. From my study and sources, we’ve already entered it; the change is in process. Climate instability, natural disasters, jobs and homes in all kinds of crisis, and then of course, the unnatural disasters wrought upon us by our growing corporate fascism*; it’s easier to be afraid now than ever. And of course we’re encouraged to stay fearful on every front – since everything we used to depend on is crumbling beneath us. Things aren’t like they used to be that’s for sure.

2012 as The Interruption
No one wants their status quo interrupted, but everyone I know seems to feel that their status quo IS being interrupted. “Leave us alone with our toasters” Howard Beale said in Network years ago. Right. We don’t want to worry that the drug the doctor prescribed cites “death” as a possible side effect; we don’t want our fish to be suffocating with petroleum in the oceans; we don’t want to bee population to die off because Monsanto won’t stop selling a new pesticide but they’re counting on the fact that we’ll act like it isn’t happening.

“It’s overwhelming” my Fashion executive friend says. “We’re seeing corporate control of the news, the medical establishment, agriculture, privacy infringement under the guise of “safety”– corporations and government are having wild sex with each other. But their not even doing it behind closed doors anymore; they don’t care if you see who’s screwing who. They’re doing it in hi-def RGB 5 foot flat screens, right in our living room!”

Her company just merged with another mammoth and lately they’ve been having a lot of big meetings with HR, to “acclimate” them all to new management goals. She said these meetings are pretty Orwellian. “It’s like they were trying to convince us that if we don’t appreciate the changes, we’re against our own success. The increased demands are ‘good for our team’. But our jobs are almost impossible to do now. Quality control is even more difficult, staff cuts means we average a 60 hour work week; no raises for 3 years now but we still they tell us we need to feel “personally” accountable for our company’s growth. It’s like they are trying to hypnotize us into thinking what they’re saying makes sense, but it clearly doesn’t.”

“And what can we do,” she said. “No one wants to say that they think we are on a sinking ship. No one in the meeting said these new goals are unrealistic; no one asked any questions about what they were being told. Everyone’s afraid of losing their job.”

My own honesty has booted me from a variety of communities, so I am fully aware of the consequences of telling the truth. How far do you go? In some places, you can get yourself killed for asking a question. Giordano Bruno was burned at the stake for questioning the Pope. (He pointed out that the sun did NOT revolve around the earth). And while the world has come to agree that burning anyone at the stake is an unacceptable response to differing opinion, I agree it’s uncomfortable to question the Powers-That-Be.

Not the kind of difference you see right away, that’s true. But simply by asking “the” question you have created a disturbance in their apparent control of the situation. (How about asking if the emperor is naked!). For a minute, the spell is broken for everyone in the room. Perhaps not as satisfying as rioting in the cafeteria or dramatically handing in your resignation, but don’t underestimate the impact. You’ve just opened a door for someone else, maybe for some other meeting, at some other time. And with one painstakingly small question at a time, whether you’re an HR Manager or a cab driver, these deceptively insignificant moments will add up, making it more difficult for the hypnosis to continue en masse. And considering how little they care about our “status quo”, ending the trance would be an improvement!

The Real Meaning of 2012
So the experience of my well- placed corporate buddy led me to understand what I believe is the real meaning of 2012:  We’ve been looking for answers when we should be looking for questions. The biggest disasters are assured if we remain asleep, accepting what we’re being told as though it were the way it “must be” and the way it always is. Answers are overrated and constantly changing anyway; it’s the question that has always driven our progress.

The asking connects the best part of all of us invisibly; it’s a way of sticking together. As every day brings us closer to Dec 21, 2012,  your voice in the conference room could be the start of something really good for the rest of us. 2012 isn’t the end of anything, except our deepest need to be deceived.