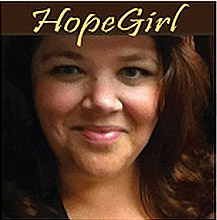 While we think that the idea of going off petroleum entirely would be good for the 99% as well as Mother Earth herself, we have been convinced that it wouldn’t be easy. After all, the light bulbs in your house are powered by generators that have to burn/combust something (like coal or oil or gas) to create a constant commotion because that’s how we get energy. And solar and wind are great, but our present fossil fuel based system would be really difficult to dismantle, and really expensive to change, don’t forget that etc…yada yada yada.

“It’s amazing what you can do if you stop thinking you can’t. There are no limits, there’s nothing holding us back except ourselves.”
John Carl Anderson, quoted from Mission I’mPossible Radio, April 12, 2014*

Up until very recently, energy generation has been limited by our imagination. And the limits of that imagination has been shaped by our media and our schools, by engineers and scientists who provide the edges for us to work within, thank you very much. It’s hard to get past what they tell us is possible or practical and not become the object of ridicule. After all, once they imagine it for us, we follow along obediently, because we all like to sound like “we know what we’re talking about”. While wind and solar options have thankfully been entertained and accepted, in 2014 the vast majority of our world still remains under the thumb of fossil fuels and nuclear reactors. Perhaps until now.

This Earth Day April 22, we can actually talk about something new in the way of energy generation; a gift to our planet instead of something for her to clean up later. Something that is economical, portable and totally sustainable. Something that doesn’t run on batteries or need sunlight or wind…

Introducing the QEG generator, the heartchild of a nonprofit called Fix the World. Plans to create the QEG have been openly released to the world via the internet in March of this year. (Plenty of links to let you know what this is and how it works at now can be found at the bottom of this article.) The QEG transforms high voltage pulses that already exist in the universe naturally, and steps them down to use for anything that requires electricity.

At the root of Fix The World is someone we call HopeGirl, a young woman who was foolish enough to think for herself and not depend on someone else’s imagination. She didn’t invent the QEG, but facilitated a team that created plans for it, tested it and then shared results with the world for free.  It’s Tesla** technology with instructions!
https://www.youtube.com/watch?v=oO87EcjckaY#t=75
Don’t expect the QEG to become an overnight phenomenon or get top billing on the nightly news…yet. But if you know who Nikola Tesla was and if you know something about quantum science, the QEG would sound very natural and very possible. Many people around the planet actually do know who he is, except that they’ll never be on Jimmy Kimmel so you may not be talking about them as a result. After Tesla died, several scientists over many years have worked on related/similar type machines with great success (Tom Bearden/John Bedini, M.T. Keshe to name a few). They are forerunners of this work and have assisted the free energy movement worldwide. We owe a great deal of gratitude to them. This is not weird science after all, it’s just not mainstream science. These men, along with Nikola Tesla who died in 1943, risked ridicule or worse because of their scientific explorations but all that has changed now.

Fix the World’s public statement on the  Quantum Energy Generator (both quotes here from their site):
“We are not in the prove it business, we are in the do it business. We are doing the work, teaching others how to do it and showing the process so that it is available to all. The most important thing is to get this technology directly into the hands of the people, which is what we are doing. Our working prototype will be proven to the world through the people who believe in free energy enough to do the work needed to bring it out of suppression. Therefore the people will be the ones to make the announcements, which will be more effective, and the people will get all the glory.”

About making the QEG plans public (open-sourcing the plans):
“In the first 24 hours 20,000 people downloaded the QEG plans. Since then it has gone so viral it is hard to get an accurate count. The manual has been posted on many blogs and is thoroughly spread through all forms of social media. So far the manual has been translated into German, Italian, Japanese, Swedish and soon Chinese and Spanish. Websites are being created with forums to help spread and share information. Here is one of them, and so far there is a lot of up to the minute info being posted here: http://be-do.com/index.php/en/”

I predict engineers who didn’t have anything to do with creating this will become hostile about it, openly ridicule it without understanding how it works.  The heads of oil companies who own most of our corporate media will make sure no serious coverage of such a generator will happen – you won’t hear about it on CNN for a while, or maybe ever. It isn’t attached to money or power so it will seem unbelievable to the sheeple who have been programmed to believe money and power are the only valuable resources on the planet. I am sure a couple of science/culture pundit type reporters, unable to understand the principle of how the QEG works (at least initially) will spread misinformation for a while too. Everyone will laugh but no matter. The thing works and it’s not expensive to build. The plans are free and already several countries around the world are building them. Nothing is hidden here, so please go to Fix the World yourself:
http://www.fixtheworldproject.net/

So happy birthday, beautiful planet, future home for our children and our dreams. Maybe the time is finally right, and it’s no longer possible for the powers that control this place to stop this kind of momentum from becoming public. And it’s no accident that the QEG comes to us via the feminine. Didn’t you always know a girl would fix the world? I know I did…