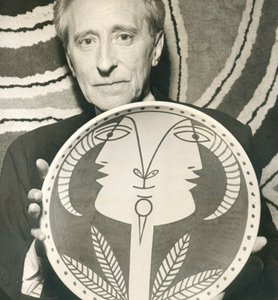 Graphic Design and its extended family are rotating at a constant tilt these days.  Adobe upgrades about once a year now ; design programs you’ve invested thousands of dollars in are obsolete before you take a deep breath. Lots of technologies are going downstream – stuff that some of us even grew up with (like books !). Graphic Design has become a household word and a very popular Major in lots of universities. There are more “graphic designers” than ever…  the kid down the block with some time and computer skills is a graphic designer. Your Aunt Mary does graphic design “on the side”. The janitor “plays with Photoshop”. But before they publish Graphic Design for Dummies (I wanna write that one !)  and add Graphic Design to preschool classrooms (must have happened already) here are some ideas about Graphic Design I “grew up” with; ideas I would like to bring with me into this next daring, devil-may-care epoch :

1. Graphic Designers are cultural encyclopedias if they’re any good. They speak in many visual languages, not just their native (i.e. favorite style) tongue. Their visual fluency takes history into account, not just their own small lifetime of reference.
2. Graphic Design was never afraid of information or lots of words on the page, since a long time ago, the whole profession emerged from the making of books. The book maker not only printed the thing, but set the type, designed the page layout and sometimes edited it too. The legend of Graphic Designers loving fonts came from this root and legendary Graphic Designers held early book making (as in letterpress) in great regard.
3. Advertising and Graphic Design used to be totally divorced from each other. Maybe this was a good thing in the beginning though they ended up in bed together anyway, most likely marrying for money instead of love.
4. Graphic Designers once considered themselves the little sisters (or brothers) of Architecture, as nuts as that would sound to an Architect. But this meant that there was indeed a science aspect to graphic design as well as a innate respect for the invention and implementation of systems. In fact, was a time when you wouldn’t call yourself a graphic designer unless you were really curious about systems… all kinds. How things worked was equally important as how they looked. I’m pretty sure we’re more interested in the “look” part more than the “how” part today, considering how few systems actually work in today’s world.

But I wouldn’t want to change one thing about the new overpopulation of Graphic Designers on the planet. I think it’s a good sign. Jean Cocteau* once said “Film will only became an art when its materials are as inexpensive as pencil and paper.” Perhaps the same is true of Graphic Design. I’m counting on it.

Jean Cocteau (who died in 1963) was French poet, novelist, dramatist, designer, boxing manager, playwright, artist and filmmaker. He has always been a design hero of mine. The photo shown here is Cocteau with one of his ceramic designs and can be found at http://www.picassomio.com/jean-cocteau/63094.html