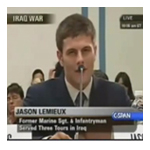 Centuries of killing each other seem “normal” to us. Accepted human behavior. “This is what humans do” kind of thinking. Pacifists and anti-war sentiments have been met by anger, outrage at the disrespect this seems to mean to soldiers now or lost in previous wars, outrage at the disrespect to “ideals” Americans were told were the right of people everywhere. Americans especially were righteous and holy for fighting for this elusive “freedom” we never seemed to question until now.

It started with Vietnam and a population of young people who had a chance to question the meaning of this kind of deadly conflict in the first place.Vietnam vets came home to face disregard and the nagging question about what their duty as soldiers actually did to make the world better and safer: the war storyline was slipping in public. While young men left their towns all over America in the sixties’ to serve as soldiers, many faced lines of hippie protesters asking why they needed to go in the first place. “War is not healthy for children and other living things” became an iconic statement of a new generation.

But it didn’t change much. While the brilliant film “Hearts and Minds” told the real story of Vietnam,  it was very much after the fact and it didn’t seem to make much of a difference to a new generation that went off to Iraq to fight an oil war in 1990. Without a draft, there were fewer in the ranks, but still, our boys went, some died, and many were permanently hurt,  both mentally and spiritually.

More and more problems came to light for returning veterans since the Vietnam era. An America that asked young men to fight for it’s “freedoms” now had to handle the fallout when they returned home and were getting worse and worse at handling it. Veterans benefits had never really improved through the years; and veterans were treated without any respect for what they had experienced….this time NOT by protesters in the street, but by their own government, who couldn’t find the money or the sanity to take care of them or their families when they were injured on the battlefield. A government that left them in hospitals with leaky toilets over their heads and months to wait in line to see a doctor while they became more and more ill. This is not the behavior of a sane government who would hope to continue a life of war and conflict in the minds of the next generation.

And it has kept coming on…we are told on the nightly corporate media that yet another country is in need of our “freedom fighting”. There seems to be an endless variety of people and places to fight; certainly the last outpost will have to be extraterrestrials if we continue at this pace!

The American government has reached monumental heights of stupidity with its veterans and soldiers, simply because you can’t continually screw or disregard the people who enlist in your wars without facing the consequences. You might get away with it if you keep them home and unemployed alright, but send them out with machines that don’t always work (because you need to save a few bucks here and there) and then treat them like dirt when they return home, injured and hopeless, and no matter what flag you raise, you have lost the war.

So while we might believe that war is an inevitable human activity, with only tactics and weapons changing the scene, this kind of honesty from soldiers is a game-changer. While I cry every time I see this video, first for these beautiful young people who are speaking the truth, and always for the shame and pain they feel, which I share. Painful as it is, this is a good sign.

You can fight wars with paid mercenaries and robots (which we also do), but without the “hearts and minds” of the people you think you are fooling, roads to war become more and more difficult to manage. We are on the brink of a very new idea. This video not only gives me hope, it reminds me that the human spirit is inherently generous and intelligent and that no matter what, honest voices make a difference and will continue to make a difference. I stand next to these young people proudly and say “keep telling the truth…we hear you and eventually everyone will hear you”. It’s time to wake up. Thank you for this.