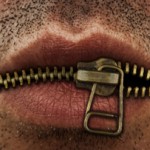 What do you think the world would look like if everyone told the truth?  It would be wild, right? Imagine honesty falling out of important zipped lips in the highest places in the land.... If the President of the United States could tell the truth, he would say: “I made a mistake. I led the American people down the wrong path because I really don't have as much power as everyone thinks I do. I'm a pawn in a global game too, and honestly I would like Americans to begin to take more … END_OF_DOCUMENT_TOKEN_TO_BE_REPLACED