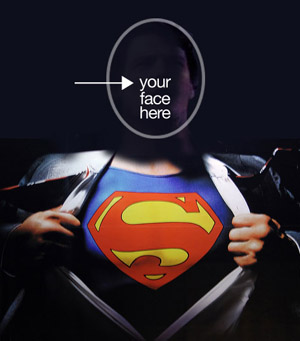 Recently, I saw a very long interview with Jordon Maxwell, the amazing symbol researcher, author and journalist. Whether you agree with him or not, he’s certainly got volumes to say about “what’s really going on” underneath the controlled media news, in every area, from politics to religion. One of the first alternative researchers of this genre (he’s been doing this for 40 years) many others have followed his footsteps and hold him in the highest regard. The interview I saw was for a conference held by The Camelot Project, so you can look them up if you’re so inclined. I’ve heard him speak many times before (on stations like Coast to Coast AM) but this was longer, more relaxed.  At the very end of the interview, he was asked “do you think we can be saved?” and he responded: “No, I don’t think the human race can be saved”.

Someone else might think this is a pretty hopeless thing to say (especially as a last point of a long interview), but not me. I thought it was a great choice of language. It actually inspired me. What if we didn’t have to be saved anymore? What if we could save ourselves? That would really change everything. It would be a totally new way of looking at who we are.

Whether Maxwell is right or wrong, being “saved” has much more than religious or spiritual meaning. The whole notion of having to be bailed out suggests you remain powerless, insignificant, “less than”. It holds you to a position of needing someone or something that you do not presently have and apparently could never get on your own. Being saved means you can’t do anything BUT mess up – “see that’s why we have to save you!” And that’s not to say we don’t mess up a lot; so we tell each other “Well, what did you expect? See, you can’t do it, it never works” etc.

The bad stuff is certainly true…we still kill each other over money and belief systems…we still reward exploitation and carelessness of our planetary resources (an on and on) but that is simply not ALL of it. We ALSO have done wonderful things, made wonderful things and had wonderful realizations along the way.

Our assumptions about “human nature” are generally discouraging; we say being human is well, being mistaken, being wrong, that it’s “natural” to make a mess of things, and we tend to stop there.  And if you are saying to yourself “well, that’s the way it IS” you don’t get it the point at all.

Yes, we have been sad, weak, selfish, greedy creatures but we have also been inventive, sharing, curious, strong, smart, brave, creative creatures and we forget this so easily. Perhaps if we were more curious about what makes us tick; if we asked more questions instead of hiding behind what someone else told us; if we felt more self-responsibility and less inclination to point the finger at someone else…maybe we wouldn’t be so convinced that we needed someone else to bail us out of this mess. On a molecular level, we are made up of the same stuff as stars, lest you forget.

I predict that 2010 may just be the time we found out how amazing we really can be. Maybe we’ll be forced to, as our as our “rulers” stumble through their mess of lies and bad management, but this could be the year we wake up the sleeping superhero within us all. Personally, I’m counting on it.